Swallowing pride, one bite at a time (like an elephant)

My mom tells this story of when I was like two years old, frequently resisting help and saying “I do it myself.”  Independence has always been a big deal for me.  Needing help feels so… weak.  It’s one of those qualities that could be a good thing, but it can also become toxic.  I stayed in a bad marriage way longer than I should have because I was too ashamed to admit that my marriage was so bad. Pride and shame are two sides of the same coin.

The thing is that when people need help, if you love them, you help them.  The only time I can recall feeling judgy about someone asking for help was when I saw parents from a wealthy private school raising funds for some of their kids’ sports stuff.  These kids are the children of attorneys, celebrities, and millionaires.  When there’s so much suffering in the world and so many people hungry and homeless, wouldn’t it be nicer to ask for help to solve real problems?  And did any of the mothers on the fundraising committee really think it was responsible to publicly announce this fundraiser?  Had they no shame?  None of these kids were at risk of not being able to play without the fundraiser. In reality, when the parents filter their kids’ sports expenses through a 501c(3) fund, they’re getting a tax write off that they wouldn’t get if they were simply paying for their own kids’ uniforms and equipment.  But did they have to flaunt the “fundraiser?” I mean, honestly. I thought it was incredibly distasteful, and I still do, in spite of a logical understanding of the financial benefits of using a nonprofit this way.
END_OF_DOCUMENT_TOKEN_TO_BE_REPLACED 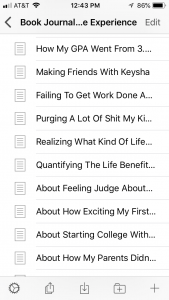 So… writing is what I do.  You know this.  I’m sure you’re not surprised that I’ve been journaling this entire college experience in my phone and I’m going to turn it into a book called College After 40.  I’m sure I’m not the first, and I won’t be the last person to do what I’m doing. Hopefully others can benefit from my studying hacks and tips for survival.  I’ve started a Facebook group called College Over 40, and I’m also using Patreon to raise funds for continued ability to avoid actual jobbing and stay in school.  I hope you’ll check it out. Here’s a screen shot from my mobile Scrivener file with teasers of potential chapter headings. Enjoy 🙂

I spent the weekend in Duluth with my partner-in-love’s family. “Uncle Bill” turned 80 or something, and I got to meet parents, sibling, cousins, aunts and uncles. We had a blast and I just wanted to share a few pictures. 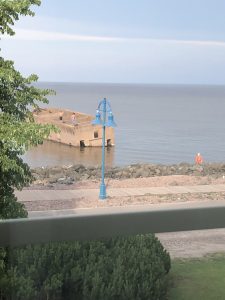 This was the view from our hotel room, we stayed near Canal park in Duluth. This was the view from our hotel room. It was nearly 100 degrees while we were there, and I had something like 15 hours of homework to get done over the weekend, but I did see tons of people swimming out to that structure and jumping off into the water. I hear Lake Superior is ice cold, so I’m pretty sure I’d never want to jump into that water, but it did look like fun. Just… south (?) of here, there are two light houses that border a port where we saw some enormous cargo ships coming in to deliver and pick up goods. Not much different than Seattle, but at a much different angle. I’m looking forward to Seattle finishing our waterfront area because Duluth’s is 100 times prettier. I didn’t see any homeless people there.
END_OF_DOCUMENT_TOKEN_TO_BE_REPLACED

I’ve spent the past 48 hours publishing a TON of books. It was easy because the interior content of the books was nothing but lined paper, but I believe I have memorized the step-by-step process for self-publishing on Create Space.  Zero content, consumable books are super easy to create and these were a ton of fun. I used the Social Security Administration’s list of top baby names for the 70’s, 80’s, 90’s and 2000’s. This is just my first batch and unfortunately they’re not themed very well. Some are nature, some are scifi/ fantasy.  I think I’m going to continue doing this but focus more on themes in the future.  Anyway, here they are (click to purchase, if you’re feeling it).
END_OF_DOCUMENT_TOKEN_TO_BE_REPLACED

My legs are still wobbly from using the stairs to avoid waiting for an elevator during our 7th year attending the Life is Good Conference in Oregon.  This year it was at the Embassy Suites in Tigard, Oregon. It’s about 20 minutes from Portland.  My kids haven’t unpacked yet and the car isn’t even entirely unloaded.  There were tears on the way home, saying goodbye to your favorite people is always hard and listening to Evie bemoan the fact that it was over broke my heart, we both cried.

Last year, I sort of missed the conference. I was sick in my room the entire time and only came out for one workshop.  I didn’t realize when I left that I’d be sick for another 3 months, that I’d end up quitting my job and re-launching my freelance writing business simply because I can’t NOT have income, and it’s a job I can do while lying in bed literally incapacitated even after I ran out of sick pay.
END_OF_DOCUMENT_TOKEN_TO_BE_REPLACED

A Bit of Earth 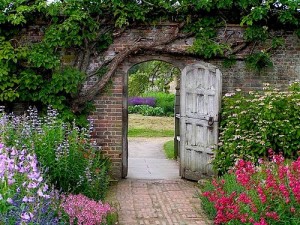 I always found it touching when the main character in Frances Hodgson Burnett’s The Secret Garden summoned up the courage to ask her distant and domineering uncle for permission to have a garden.  I tend to think of that line when I’m working in my yard.  Yard work shouldn’t be mentally exhausting, but for folks with C-PTSD, everything is exhausting.

My favorite gardening memories were from the summer of 1999 when I was living in Lynnwood, Washington.  It’s 8 miles north of Seattle, but with traffic it can be a 45 minute drive.  We were living in apartments at the time, so we didn’t have a place to grow vegetables. My friend Storm, her daughter Rainy and my two girls and I would carpool up to Marysville, I think it was, where we’d borrowed a bit of earth from a friend we’d met online. My brain is rattling around trying to remember that lady’s name… Barbara? Vicki?  Barbara is my final guess.  It’s not really the point of the story.
END_OF_DOCUMENT_TOKEN_TO_BE_REPLACED

Why I suck at being a fiction writer

I think I’m too analytical.  Like, I have a hard time making shit up.  It’s not that I’m not creative, it’s just that I imagine so many things in my head that I can’t bear to write just one…

Being organized actually helps with that.  Plotting out my stories and knowing how things will end is a fun approach.  It definitely makes the process faster. I kind of HAVE to systematically decide what’s going to happen next, rather than randomly getting lost in a sea of what-if’s.

But now I’m in way over my head.  I’m building a world for a book I’m writing and it’s ridiculously complicated, you know, like a world should be.

END_OF_DOCUMENT_TOKEN_TO_BE_REPLACED

About my top-secret pen name 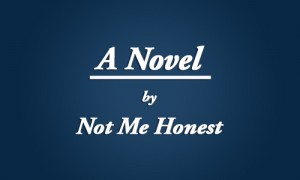 I love that so many of you are wanting to support my romance writing by reading my books.  Unfortunately, I made a promise to myself and my neighbor, a fellow author.  I’m not revealing it until I have sold 1 million copies.  It’s true and I’m not going back on a pact that’s been sealed with a pinky-swear. That’s just not neighborly. If you’re not a fan of romance novels, you’re not my target market anyway and if you are, then maybe you’ve already read it. But here’s my promise to you..

1- I swear I’m doing everything humanly possible to reach that 1 million sales goal.  I’m pretty sure I can kick my neighbor’s ass, romance sells way more than wizarding world fiction, with the exception of Harry Potter. Wait- did 50 shades sell more than HP?  I don’t even know, I just know my market is bigger.
END_OF_DOCUMENT_TOKEN_TO_BE_REPLACED 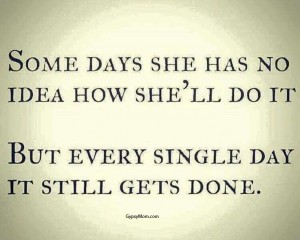 We’re fine, by the way.  Thank goodness for the ACA.

When babies are born, a lot of moms will voice a preference over whether or not the child is a boy or a girl but when it comes down to it, all that really matters is that it’s healthy.

I was lucky that all my girls were born healthy (Yes, girls were my preference) and we’ve continued as a physically healthy family for over 23 years now.

But that scare we’re still recovering from- with my health on the line followed by my second daughter’s sepsis and pneumonia- is still traumatic for me.  Today is her 20th birthday and I never thought I’d still be reeling from her near-death experience. There’s an anxious side of me that’s always knocking on wood, we’ve been so very fortunate that we haven’t been touched by much tragedy and that monster whispered in my ear the entire time she was sick “You thought you were lucky, didn’t you?”  I don’t know how anyone manages to survive after losing a child and I know I must be a special kind of nuts to view our luck thus far as a bad omen.  No life escapes tragedy, does it?
END_OF_DOCUMENT_TOKEN_TO_BE_REPLACED

And now for something entirely different

Life is so weird, right? 3 months ago I was on track for a promotion to Director of Operations at the startup grocery store I’ve been working at for 2 years. I was working over 50 hours a week and missed my kids like crazy. There wasn’t enough time in a day to get everything done. I was struggling in every aspect of the word, to make ends meet and to do all of the things. This summer was so difficult. If only I could get a raise that brought my pay up to where I needed it. If only I could get enough people at work trained to take over the more mundane tasks. If only my kids would magically remember to cycle through the laundry or take out the trash on Wednesday night. If only I had more time, more energy or more resources to manage all of life’s unpredictable speedbumps.
END_OF_DOCUMENT_TOKEN_TO_BE_REPLACED