I walked down to Azuma Sushi on my first night in Victoria. Sushi is an excellent choice for Gluten Free dining because rice and fish don’t often have gluten in them. You have to watch anything with soy sauce. I ask for a gluten free soy sauce (which they were happy to provide). 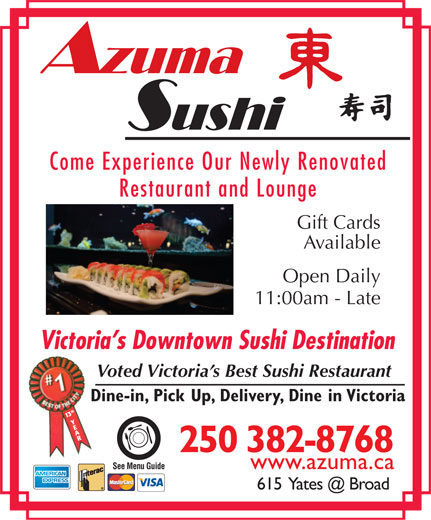 I was lucky enough to visit when they were celebrating their anniversary, so I got a pear and Lychee martini for $5. It was very tasty and not too terribly sweet, more lychee than pear. Also in honor of their anniversary, they had 99 cent Nagiri, so I got a salmon, a tuna, an inari, a hamachi, a hirami, an Unagi and a few other things I forgot. I also had their miso soup. The soup was delicious.
END_OF_DOCUMENT_TOKEN_TO_BE_REPLACED

OK, so during my adventure, I ate. I was happy to find a few exclusively gluten free restaurants on Vancouver Island. Victoria has a great variety of restaurants and the Sante Gluten Free Cafe was apparently the first officially dedicated Gluten Free place in town. 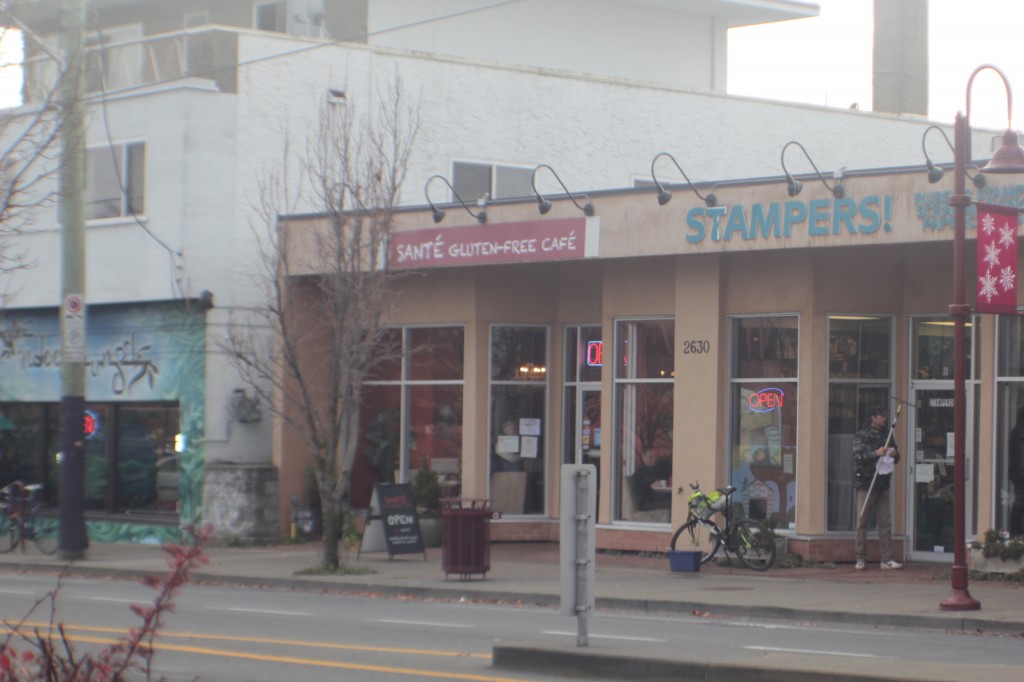 If you’re walking around by the wharf downtown this place is a little out of the way, but busses in Victoria are pretty easy to navigate. The atmosphere in the cafe is very friendly. The staff is super smily and helpful. Everything is gluten free and they even have a selection of grocery and snack items, which was great because I was able to bring a few things back to the hotel for later. 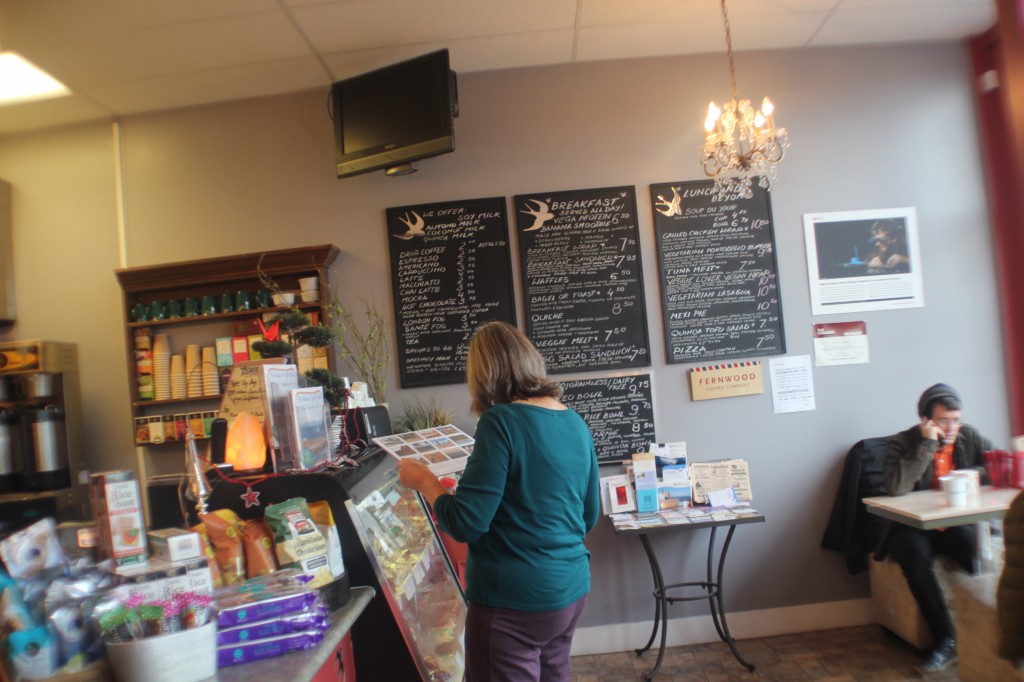 END_OF_DOCUMENT_TOKEN_TO_BE_REPLACED

On Being Gluten Free

If I don’t eat gluten free, I get very very sick. Within seconds, my abdomen swells up and I look 6 months pregnant. It swells so much that within about 15 minutes, movement becomes difficult and my back begins to hurt. Over the next 48 hours, my body cycles through a predictable pattern of migraine headache, all-over muscle aches and stiffness, loss of mental concentration and wishing I was dead.

It might be worth it for a Costco blueberry muffin or a buttery Nutella croissant, except that it wears away the inner lining of my intestines and I end up being unable to absorb nutrients. This is how it became determined that I have celiac disease, because my CBC looked like that of an anorexic. I was down to around 95 pounds and I knew things weren’t working well but I thought it was just because of the road trip stress. I wasn’t eating much because it seemed that everything I ate made me feel sick. Once I realized that fruits and veggies were OK, I was able to eat more but I still wasn’t digesting properly.
END_OF_DOCUMENT_TOKEN_TO_BE_REPLACED

That seems to be the theme for the day, and a fine tool for introspection and walking meditation.

Like all good themes for the day, this one didn’t become apparent until I was standing at the edge of a quarry, looking down into a bottomless pit of

Actually, I was just trying to be deep and dramatic for a minute, but the quarry had been abandoned nearly a hundred years ago and when I looked down into it, I saw this:

The Sunken Garden at Butchart gardens in Victoria, Vancouver BC

And why on earth would an abandoned quarry look like that?  There’s only one answer, and that’s because someone decided that it should, and turned nothing into something in a very grand way.
END_OF_DOCUMENT_TOKEN_TO_BE_REPLACED

I’m writing this in another country

I often wondered if my obsession with travel was because home was so stressful. I wanted to go ANYWHERE, I just WANTED TO GO.  And whenever I’d go anywhere I’d be so relaxed, so free, so calm and filled with peace and happiness that the stress I’d return to was completely unbearable.

But now that I’ve created a home life that’s of my choosing, and also since our school life has involved a 3 day commute every week, and I realized that last month I spent exactly 11 nights in my own bed; I want to go home.

But dammit, I SAID that I wanted international travel.
END_OF_DOCUMENT_TOKEN_TO_BE_REPLACED

No, not a sewage sewer, a sewing sewer. Not sowing, SEWING.

When I was about 10, my mom sent me with the keys to get something out of her trunk and I discovered our Easter basket presents hiding inside.  One was for me and one was for my sister.  One was a sewing kit in a brown basket-looking box designed to hold sewing stuff.  Notions, I think they’re called, right?  The other was an enormous art kit with several rainbows of colored pencils, crayons, markers, paints, erasers and even glue and scissors.

No, they weren’t labeled but I thought for SURE that the art kit was mine. I was so excited. The whole world was waiting to be recreated and I was so excited for Easter to come so I could start drawing and painting.
END_OF_DOCUMENT_TOKEN_TO_BE_REPLACED

The fine line between codependency and.. um… whatever is on the other side

EDITED a couple years later to clarify- the codependency thing is only related to the addiction, NOT the narcissism.  Recovering from narcissistic abuse is a big damned deal and it’s important to clarify that if you’re in a narcissistic relationship, you’re not codependent, abuse is abuse, dependency is dependency.  A victim of narcissistic abuse isn’t participating in enabling the abuse, they’re victims.  Separating the two issues is tricky, they came packaged up in the same skin and so many other people use cannabis without being narcissists.  Many of the things I was interpreting here as codependency were coping mechanisms for staying alive in a volatile situation. I’m only leaving the post up as an historical record of my recovery. I hope anyone who reads it and can relate to it is able to challenge themselves to learn to discern addiction-codependency and coping mechanisms for an abusive relationship.  a majority of what I perceived as my own codependence was actually a way of coping with an abusive partner.
END_OF_DOCUMENT_TOKEN_TO_BE_REPLACED

Bringing Out the Best in Someone

Are you like me?  Do you know you’re capable of greatness? Sometimes I look to the people around me for inspiration and motivation. I can always see it in my kids.  I strive to be a force in their lives that helps them to be great, instead of making it impossible for them.

My 20 year old is so independent.  I know sometimes for her it comes from a deep loneliness, but she’s really amazing and I’m inspired by her every day.  She’s working and in massage school but still manages to find time for her own self-care, she swing dances with friends regularly, even teaching classes sometimes. She enjoys modeling and maintains a relationship with her boyfriend that looks pretty healthy from my perspective. That’s impressive.  She’s a fashion queen and can pull together the most amazing outfits from thrift shop finds. I don’t think she ever wears the same thing twice. She is always put together, I’m so impressed by her. She slipped away from me in her tween years because there wasn’t enough left of me, with the little kids demanding more attention and the restaurant closing down and the marriage stress and the working from home and the conflict she was having with my ex was so painful for her, for both of us.  I wasn’t smart enough or strong enough to protect her and I wasn’t wise enough to realize that she was slipping away and now I feel like we’re forever disconnected because I failed as a mom.  I didn’t bring out the best in her, she did it herself.  Whenever I’m feeling like no one is helping me, like I’m all alone in the world, I ask myself what would she do?  She makes good decisions, she’s inspiring to me.
END_OF_DOCUMENT_TOKEN_TO_BE_REPLACED

In case you’re being threatened with CPS

Yesterday I published a post called “How often are you scared?” It was about my positive and life-changing experience with the welfare system. At the time, I was trying to figure out how my kids and I could escape a dangerous home life and my personal resources weren’t enough to get out alone. I needed help and I got it. THAT is what the system is for.

But sometimes this system is abused. And I’m not talking about the same kind of abusers as you might think. A lot of people have an image in mind of “abusing the system” and it looks like a woman in an Expedition carrying a coach bag, wearing Prada shoes and sporting a new manicure, using her food stamps to buy caviar and filet mignon while her kids play video games on their iPads.
END_OF_DOCUMENT_TOKEN_TO_BE_REPLACED

I’m not a science geek, but I have a friend who is.  Listening to passionate, excited descriptions complete with hand gestures, napkin diagrams when necessary and all sorts of flowery language has GOT to be the very best way to learn about how things work.  SO it just makes sense that anyone with charisma who is a good communicator excited about a topic is going to be great at explaining it, right? Now if that person has a flair for theatrics and some decent animating or editing software, who can resist?

Well guess what?  Some science people with video cameras must have really annoyed the last of their non-science-interested friends because there are a TON of awesome Science channels on YouTube.
END_OF_DOCUMENT_TOKEN_TO_BE_REPLACED