What, No Presents from Santa?

I haven’t really told many people that we didn’t do Santa presents this year, but I’m sure that’s the reaction I’d get eventually.  The truth is, for the first time in our lives my kids aren’t really pining away for anything they want.  In the past, Christmas was the one chance I had as a mom to spend irrationally and get them something I wouldn’t normally be able to get.  For kids who were used to never getting the things they wanted, Christmas was a chance to let my kids feel abundance, let them feel, for just a minute, that this was a special day.  As a mom, being unable to give hurt like the worst kind of stabbing pain.  Even as I saw them opening presents I was reminded of all the things I couldn’t afford to give them.  I think that my pain of not being able to give the way I wanted to definitely influenced my kids’ Christmases.
END_OF_DOCUMENT_TOKEN_TO_BE_REPLACED 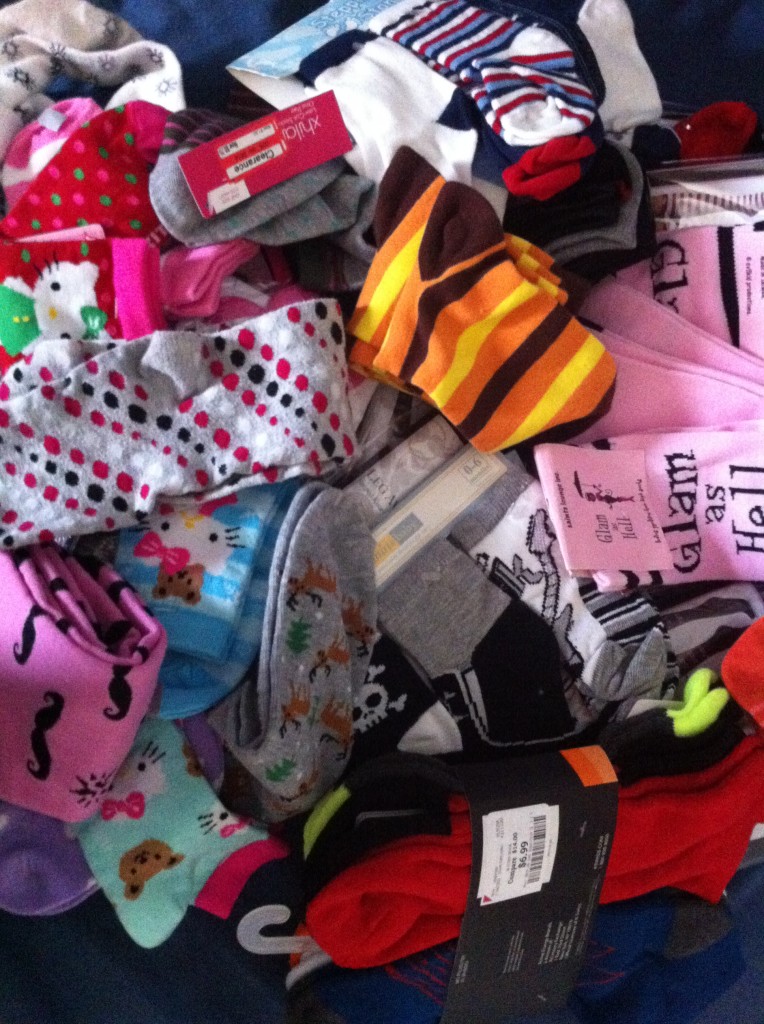 It turns out that the idea of delivering gifts to Domestic Violence shelters is a little more difficult than I imagined.  In order to protect the victims, they won’t tell you where the houses are. Some abusers can be very persistent and malicious. To protect the victims, we wouldn’t be able to take photos and we wouldn’t be able to hand the gifts directly to the recipients.

That’s not exactly the giving experience I wanted to share with my girls this year. Dropping donations off at a random location without a connection to the humans it will help is really a nice thing to do and we ARE going to be delivering children’s socks to the shelters, because hopefully we won’t find many children in Skid Row.
END_OF_DOCUMENT_TOKEN_TO_BE_REPLACED

The Best Christmas EVER

That’s all I can think of when I see this picture.

Also, you’ve probably had some hard times in life. Maybe your parents treated you poorly, maybe they were in trouble and you didn’t even know about it. Maybe you did know about it, maybe you’ve seen things no child should see. Maybe your mom is single, maybe your dad is a widower and maybe you have a dog names Fetch.
END_OF_DOCUMENT_TOKEN_TO_BE_REPLACED

I lit my kids’ toys on fire

It’s true. In 2005, I did this. I was severely depressed and exhausted and sick. I wasn’t getting help at home and my husband was working 7 days a week, up to 16 hours a day at the restaurant. I was so frustrated that my kids weren’t putting their toys away that I bagged everything up and threw it into the fire pit. I remember staring, nearly catatonic as the faces of Barbies melted and coloring books turned into black, then ashy sheets and eventually dust.

At this moment, it’s the #1 most traumatic memory of my life and I can barely even write this. Seriously. I’m so NOT the me that did that. And yet, apparently, I did it.
END_OF_DOCUMENT_TOKEN_TO_BE_REPLACED

Duck Dynasty and Paula Deen. Are you really surprised?

First of all, I don’t watch the show.  My favorite rednecks are Honey BooBo and her family (including the baby with the extra thumb)

So, apparently one of the characters (And yes, reality show personalities are characters… we only get to see an edited version of them) said some nasty things about homosexual people in an interview with GQ, titled What the Duck. 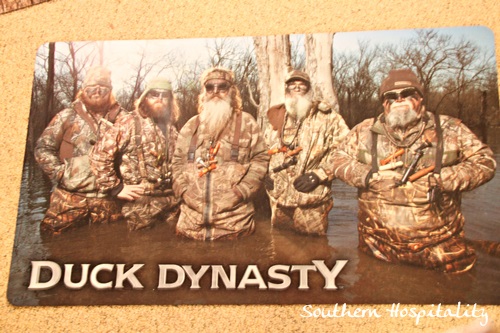 Is anyone surprised that some old bearded southern guy thinks gays are bad?

Also, if you are surprised, were you also surprised to hear that an old white southern lady was racist?

I didn’t see anyone petitioning to get Paula Deen back on TV, I think that hopefully ALL civilized adults realize that racism is uncool.
END_OF_DOCUMENT_TOKEN_TO_BE_REPLACED

So I met this guy in an elevator

I know I’m re-using the same first five words in the title of “So I met this Guy at a Truck Stop” And it might seem like a small and silly thing but when I was married, it would have been huge. My ex didn’t believe that men and women could be friends. Even though he had (supposedly) platonic friendships with women, I wasn’t allowed to be friends with men. I can’t even count the times I got “in trouble” for talking to men. Sometimes he’d admit it’s because he’s insecure. Other times he’d blame the men “I’m angry with him, you can’t be friends with him” or “He writes porn, you can’t be friends with him” (in reality, it was graphic novels, like anime but that’s beside the point) and other times it was “He’s getting divorced, you can’t be friends with him” or “I don’t like the way he looks at you.”  Every time I spoke to a man, clicked like on one of his Facebook pictures or made any positive comment about any man it was seen as a direct assault and I’d be in trouble.
END_OF_DOCUMENT_TOKEN_TO_BE_REPLACED

So I met this guy at a truck stop

It’s not really a scandalous story, although I guess it could be with a beginning like this. Actually, I didn’t really meet him, in fact I don’t even know his name but I’ve told this story so many times lately that I felt I should put it here so you can giggle about it, too.

On one of our last commutes home from school during the fall term at Village Home, we stopped into the Pilot Truck Stop in Biggs, Oregon.  We always stop here because it’s just a hair past the halfway point and the last awesome bathroom that’s open late at night. Also, they don’t have much in the way of gluten free foods so I can be even MORE amped up on energy drinks when I get home (which I need in order to unpack the car at that point)
END_OF_DOCUMENT_TOKEN_TO_BE_REPLACED

Because it’s important to help the people in your life

I often say I am the luckiest girl in the world.  What other than luck could explain the fact that I have six daughters?  How lucky is that? I mean, anyone can have six kids, the making and birthing of children really isn’t rocket science but to repeatedly bring forth daughters? I must be the luckiest girl in the world.  Also, I escaped a traumatic relationship and that feels pretty lucky.  I had the right combination of help from friends and family, access to resources and was able to escape after trying for years, against the odds. I don’t take my freedom for granted, I know every minute of every day how lucky I am to be free.
END_OF_DOCUMENT_TOKEN_TO_BE_REPLACED

Gluten Free Sandwiches in Victoria, BC 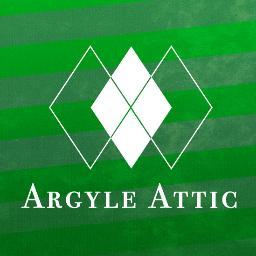 I stopped into the Argyle Attic for dinner one night, before seeing a play at the Belfry Theatre. It was difficult to find because there’s a pub downstairs and I went in and sat at the bar first. Luckily I asked the bartender if I was in the right place and he directed me upstairs.  Apparently they’re owned by the same people and they do share staff (and maybe a kitchen). So if you go, be sure to head up the stairs instead of going right into the pub (which I’m sure is lovely)

Anyway, they don’t have a specifically gluten free menu, but they do have gluten free options.  I ordered a sandwich from the menu and asked for gluten free bread.  The bread was delicious, soft and light and perfect for the juicy sandwich I ordered.
END_OF_DOCUMENT_TOKEN_TO_BE_REPLACED

How cool is it that I actually have a story that begins that way, right?  It all started I guess when I took a mental picture of the downtown map and then rearranged it in my head before I used it.

So instead of hitting the castle, I walked through an adorable little Victorian neighborhood with the cutest houses, one of which was the historic home of Emily Carr. As I passed it, I made a mental note to google her. Half a block later, I convinced myself that it’s really dumb to google it while I’m walking because then I’d miss the things around me. Another half a block later, I reminded myself that I couldn’t google it anyway because I don’t have cell service in Canada. Besides, I was approaching a grassy, overgrown football (rugby?) field and my hula hoop reminded me that it needed to spin a bit. There’s something pretty awesome about overlooking the ocean in a grassy field with a big city to one side and a big ocean on the other side with the mountains of Washington State off in the distance and here I am, in an entirely different country. Perspective is very important in any situation and I really liked the way life looked from this angle, so of course I had to dance.
END_OF_DOCUMENT_TOKEN_TO_BE_REPLACED