In Defense of Magical Mothering

I simply MUST respond to a recent article on Huffington Post by Bunmi Laditan, author of the book The Honest Toddler; A Child’s Guide to Parenting  titled “I’m done making my kids’ childhood magical”

I think the main point of this article is that we shouldn’t stress ourselves out to create memories with our kids because we don’t know WHAT they’re likely to remember and because kids enjoy life anyway. As she says, “Seeing the world through innocent eyes is magical.” And “magical” here isn’t a reference to any woowoo spirituality. It’s just referring to the way kids see things. “It is not our responsibility to manufacture contrived memories on a daily basis.”
END_OF_DOCUMENT_TOKEN_TO_BE_REPLACED

Being all of the things 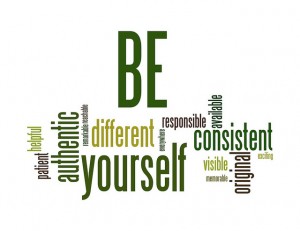 I got my cosmetology license when I was 16, through a vocational program offered at my high school. Then I decided I wanted to go to school to teach.  Motherhood, lack of financial aid knowledge (seriously, I wish someone had just told me how easy it was to fill out the forms. I didn’t even know there were forms) and actually working in a salon and as a substitute teacher put an end to my college days back then, but not to my career.

Or, should I say, careers. I was a Tupperware lady, an Avon lady and an Usborne Books representative (more than once). I had my own business publishing newspaper-style birth announcements, I self-published a local newspaper for parents (Yakima Family Times) and my ex husband and I ran a small chain of restaurants.  At another time, we also ran a business renting out a camera crane to the motion picture industry in Southern California. I have worked as a waitress, a used car salesperson and a pre-school teacher in 2000 and again in 2012. I helped a friend start her business training people in social media marketing and I worked as a web designer and in social networking. I once painted thrift-shop furniture and made a crazy profit at resale.
END_OF_DOCUMENT_TOKEN_TO_BE_REPLACED

Ann Druyan, Carl Sagan’s widow has helped create lesson plans for kids using the new Cosmos series with Neil DeGrasse Tyson. These are supposed to be for middle school grades and they’re a fine resource.  In my house, we’re more self-directed.  Maddy (10) and Grace (8) are very interested in the show. We DVR it and they tend to take notes, pause so they can look things up and mute the commercials to talk about what’s on the screen. Don’t be intimidated if you ave really small kids, the lesson plans are more like discussion guides.  I like that I can print them and stick them to the fridge so the kids can see the keywords for things they might want to look up after the show. I’m not really an advocate for forcing an interest where there is none, but you’ve got to admit that the universe is pretty freaking amazing.
END_OF_DOCUMENT_TOKEN_TO_BE_REPLACED

Cheers to the divorced moms who were really always single

I might have commented on this if I had only heard it once, but honestly, I’ve heard it like three times in the past month:

“Oh, things must be so hard since the divorce”

“Is it hard, being alone now?”

And let me just SHOUT OUT once and for all that

#1- I was more alone BEFORE the divorce than I am now because when I was married, my social life was a source of contention; I wasn’t “allowed” to nurture the friendships I needed. I didn’t dream of having company over because our house was a hellhole of destruction and also a pot farm.  I wasn’t able to visit friends very often because it took gas money to get into town. I wasn’t allowed to “like” the status or photo of anyone with a penis on Facebook because obviously that meant I was cheating and every comment I made everywhere was always seen as direct proof of my infidelity. Having close friends wasn’t an option. They’d find out how bad my marriage was and I couldn’t stand that idea. If my marriage is bad it must mean that I have failed as a wife, right?
END_OF_DOCUMENT_TOKEN_TO_BE_REPLACED 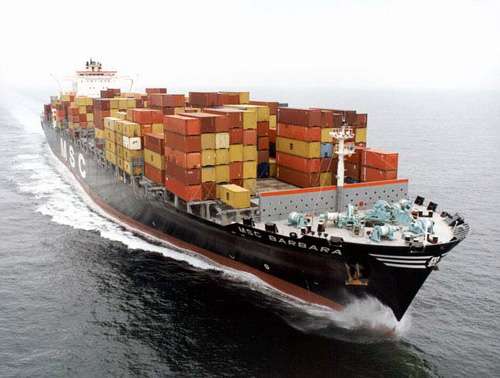 I just read an article called Secret Tourism: Traveling the World on a Freight Ship and it seems so awesome. I mean- the idea of a cruise, where everyone is stuck on the boat and maybe the food is included but isn’t it all the same and everything is social but do you really WANT to be social with all those people? And forced gratuities…. just didn’t seem like something I was terribly interested in except for the fact that it would be an experience and something I can say I’ve done.  SO I still might do it.  But this, THIS sounds so much more adventurous. I’ve bookmarked the three websites she links to for more information but I’m saving them here mostly for my reference, but you can check them out too:
END_OF_DOCUMENT_TOKEN_TO_BE_REPLACED

Moving to the City, Dagnabbit

Right now we’re living 2.5 hours East of Seattle and 3.5 hours NE of Portland. The town is called Yakima. Maybe you’ve seen the episode of iCarly where Carly’s Grandfather comes to visit from Yakima. Yes, that’s us.

For the past eleven years I’ve been holding out hope that eventually we’d move out of this town but so far it hasn’t happened yet.

Not for lack of trying, though. In 2008 I actually signed a lease on a house in Tacoma and paid a deposit and we never moved in. That decision was made by my ex husband, who thought it would be better to build a third restaurant without a contract and not get paid for his time and energy. Instead of moving to a bigger city, we ended up moving to a dilapidated house in the country, 12 miles from town.  In his defense, he didn’t know that the lack-of-contract would have such disastrous results.
END_OF_DOCUMENT_TOKEN_TO_BE_REPLACED

Surely you’ve heard of AirBnB.com, right?  This is the website where you can rent a furnished apartment in <insert name of city> just for the night or a treehouse or a log cabin or a house on stilts or even a private island. Just for the night, or the weekend, or the duration of your trip.

If you’re not into traveling, you can use these websites as a second (or primary) source of income, by hosting travelers. I have a friend who lives in Portland who keeps her studio apartment listed on AirBnB and whenever she gets a renter, she just packs up her son and spends the night at Grandma’s house.
END_OF_DOCUMENT_TOKEN_TO_BE_REPLACED

Learning to love yourself

It seems like such a sissy topic. A few years ago, I would have wondered “What the hell is that all about?” That sounds like the mumbo jumbo of someone who also might need to “find themselves” As if anyone could seriously be lost. Or the self-absorbed meanderings of a person who claims to “not know who she is” in spite of the fact that she doesn’t have amnesia. There was a time when all of these words seemed to be the epitome of selfishness. Until they came out of my mouth.

It turns out that spending too much time striving to be someone else’s version of you is really exhausting. When mundane daily decisions like “What will I wear today” becomes “Which outfit is least likely to piss him off?” then you might be in danger of forgetting who you really are. When you’re invited to stay after the tupperware party for a chat and you decide not to because you don’t want him to accuse you of cheating, then you might be losing an opportunity to love yourself.
END_OF_DOCUMENT_TOKEN_TO_BE_REPLACED

Are you “me enough?”

I’ve been tossing around the idea of “being me” for a while now, ever since I first realized that I didn’t know who I was anymore. Aside from the technical fact that you can never really be anything other than who you are, it’s really stressful to feel like you’re detached from your true self.

When I was a kid I knew who I was and who I was going to be.  I was going to travel the world, I was going to wear lots of hats, spend a lot of time on the beach and always go to cocktail parties where I’d get to talk and laugh all the time.  I was going to raise money for charities and help the world somehow. I’d have a bunch of kids, have friends over for dinner all the time and never worry about money.  My dream-husband and I would be a powerhouse team, working together to make sure we planned ahead and retired comfortably and that our kids had every opportunity they needed to be their best. Our home would be a lovely haven where anything was possible and friends loved to come relax and visit.
END_OF_DOCUMENT_TOKEN_TO_BE_REPLACED

Looking forward to looking back less often (Also, divorce doesn’t HAVE to be ugly)

I’m sure you have noticed that my return-to-blogging has been uncharacteristically introspective.  I’m OK with that.  People who know me and love me know that sometimes I don’t even know what I’m thinking ’til I write it down. Somehow having an organized and mostly-edited stream of thoughts feels good.  Sure, things change. But it’s all timestamped and generally, I write just as much that I don’t publish.  In fact, even as I’m writing this I don’t know if it will be left in draft (written just for the sake of writing) or published.  I think the reason I’m publishing more lately is because I’m finally at a point where “It is what it is” and I’m gearing up to move forward in life.
END_OF_DOCUMENT_TOKEN_TO_BE_REPLACED